Abduction was a series of four neutral side missions in Infamous. Cole had to track down a group of Reapers and free the civilians they have captured.

“Whole crowds of people are being rounded up. Do something!”
— Concerned civilian

Concerned citizens around the Neon District would inform Cole about the Reapers kidnapping other citizens from the streets and would ask him to free them. Each of these citizens would then point out where the abductions were taking place. Cole would then face each group of Reapers, defeating the thugs one by one to free the captives.

Note that you will gain experience points for each citizen that survives. It can prove quite useful to use Precision, if possible, to get instant kills by firing at their heads. Taking them out quickly in this manner can reduce the chance of any of the hostages getting accidentally harmed or killed, as some of these Reaper groups will be accompanied by an RPG Reaper that could end up harming the civilians when firing its rocket at you. Also note that these missions gradually become more difficult, with the later ones featuring Reaper Conduits. 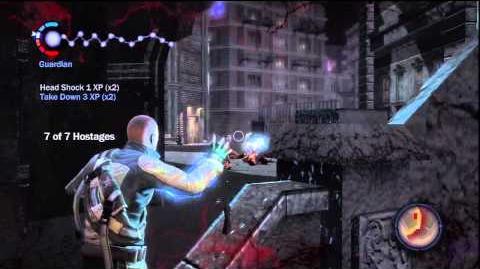 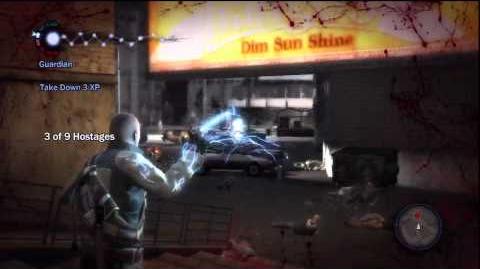 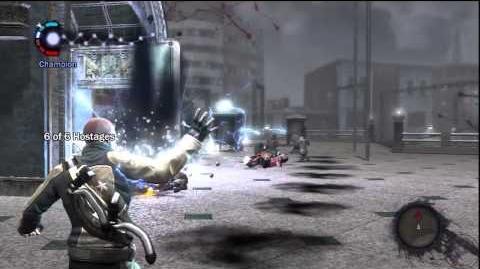 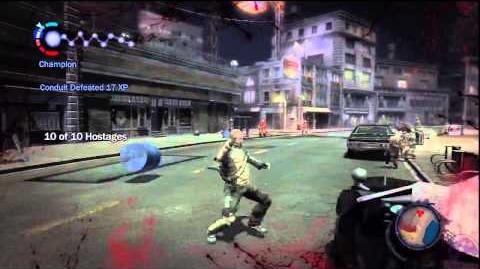 Infamous Walkthrough - Abduction 4
Add a photo to this gallery
Side missions in Infamous
Retrieved from "https://infamous.fandom.com/wiki/Abduction?oldid=108976"
Community content is available under CC-BY-SA unless otherwise noted.