Angels and Demons are creatures from the Heaven's Hellfire game summoned by Eugene Sims to do his bidding. Angels can also be summoned by Delsin Rowe in a Hellfire Swarm if he has Good Karma. If he has Bad Karma they will be Demons.

Before Eugene Sims unlocked his powers, he spent his free time playing the MMO RPG Heaven's Hellfire in which he summoned angels to protect the weak, and brought forth demons to punish the wicked. However, his minions really came to him on the day he obtained his abilities and was quickly captured by the Department of Unified Protection.

The organization's leader, Brooke Augustine, took advantage of his abilities to fabricate hard-light constructs of foes, most notably Eugene's demonic creatures, to train her Conduit soldiers, and later on the Conduit prisoners she was planning to release to cause havoc, in the process of almost constantly summoning hard-light constructs Eugene acquired immense experience with his powers.

It was only after the breakout led by Hank Daughtry that Eugene discovered that the agents of the D.U.P were rounding up potential Conduits and decided to put his wingmen to good use by grabbing the suspects and freeing them from Augustine. Sadly, the way he marked to his Angels to grab people has attracted violence from the Akurans.

Delsin later arrived inside Eugene's lair and confronted him in his "He Who Dwells" persona. In the wake of their battle, Delsin absorbed Eugene's powers, and proceeded to master them while accepting Eugene's occasional assistance. Eugene later used his army to storm Augustine's tower alongside Delsin and Abigail.

If the Delsin choose to corrupt Eugene, then Delsin will use Demons instead.

Eugene Sims can summon angels to heal him and assist him in combat, Delsin can only summon them by using the Shroud of Invisibility power after obtaining an upgrade. While they serve mainly as a distraction, they have moderate offensive capabilities. 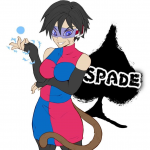 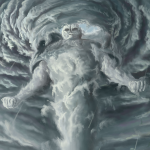