‎Kessler's trying to hide from me. Disguise his true nature. But through the glory of God, I know the truth. Kessler won't escape my fury.David declaring his revenge on Kessler.

David Warner was a father and husband, who was a security guard employed by the First Sons and a carrier of the Conduit gene.[1]

David Warner lived in the Neon District of Empire City with his wife and daughter. David worked as a security guard at the First Sons' research facility. During his time there, David had a large debt that he worked to pay off. Struggling with it, Kessler offered David money to repay the debt in exchange for becoming one of the Ray Sphere test subjects. David agreed to this, and Kessler promised to deliver the payment to David's wife personally.[1]

David was kept in the laboratory and exposed to the Ray Sphere multiple times. With David's Conduit powers unlocked, his skin changed to purple and he grew two extra arms. However, David was kept a prisoner of the Ray Sphere tests. Kessler did not follow through on their deal, and David's wife killed herself out of desperation. His daughter died later.[1]

As a side-effect, David needed neuroelectricity to survive. After the blast, and later Kessler's death, David escaped from the First Sons' facility and returned to his home. Finding his wife dead, David became enraged, blaming Kessler for not following up on their deal. David then vowed revenge on Kessler, though he was unaware Kessler was already dead. Because Cole MacGrath and Kessler were the same person, David believed Cole was Kessler in disguise and subsequently pursued him. During the hunt, David attacked a Police station and fought against Cole and the police, though Cole, quickly realizing the damage the fight was doing to the people around them, decided to draw David away from the police and any nearby civilians. [1]

As Cole fled, David pursued and slammed him into a nearby building. However, the military used a bomb to destroy the building. David was buried under the rubble as Cole escaped. Eventually, David rose from the wreckage, still determined to kill Cole and return home to the bodies of his wife and daughter. David drained the neuroelectricity from civilians to stay alive, though he did so with regret. David soon tracked Cole down to Steel Harbor. When he assaulted the military ship Cole was on, David was attacked by several military made Conduits.[1]

David easily killed the military Conduits and was confronted by Cole. As David and Cole battled, David was set on fire with jet fuel, and Cole finally used lightning storm to kill David. As he died, David saw a vision of his family, who told him they loved him.[1]

David possessed a wide range of powers: life-force absorption, super human strength, some form of infrared vision (as he was able to see people through walls) and possibly clairvoyance (as he was able to perceive events, such as a conversation between Cole and Harms, over extremely long distances); additionally, Moya said that David can "smell" people on the genetic level. He likely developed other powers due to his exposure to the Ray Sphere, but never showcased them. David needed to feed on neuro-electricity, as he will die without it, which was one of his weaknesses, however, he could absorb enough to last for several weeks. He was able to drain the neuro-electricity from a person, killing them in the process. David has shown to possess some form of Electrokinetic blasts, which were purple. These blasts were powerful enough to destroy buildings and a whole battalion of military troops.[1]

David possessed an insane degree of superhuman physicality, including strength, speed, and durability. He could leap hundreds of feet through the air in a single bound. He was powerful enough to create craters and shockwaves from the force of his jumps and easily smash through buildings just by jumping through them. He was able to easily injure Cole, beating him to a pulp multiple times, and casually throwing him through buildings hard enough to create an explosion of force. He later threw him across the USS Washington aircraft carrier, with the force of his impact tearing up the hull and pulverising a helicopter. He was fast enough to easily dodge bullets and rockets fired at him by military soldiers and police officers, even killing large groups of them before they could react. He could also run fast enough to keep up with Cole’s Induction Grind, running across water in the process. He could easily shrug off bullets, rockets, hellfire missiles, and even a cruise missile that reduced a large building to rubble and left him buried several feet underground like nothing. David also seemed to possess the accelerated regeneration most Conduits share, as he was able to regrow a severed limb that was sliced off by Cole’s Gigawatt Blade during their second fight.[1]

David is a religious man; invoking God numerous times for allowing him to live on and asking for forgiveness when killing people by draining their neuro-electricity. David also loved his wife and daughter very much, and was horrified when discovering that they were dead. David had an aggressive nature, attempting many times to kill Cole, who he believed was Kessler, for revenge.[1]

After his Conduit powers were unlocked, David had purple skin and four arms, though it appeared he had several tentacles on his body as well. After gaining his powers, David also became bald, much larger and more muscular than a normal human being.[1] 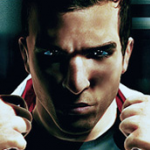 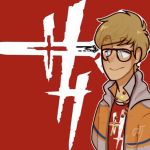