"The Face of Change"

"Easy Going" is the 32nd story mission of Infamous 2.

Well, what doesn't kill you makes you stronger, right?
― Cole after using the Blast Core

After Cole finds the Blast Core in one of the warehouses, Zeke phones him and tells him to come back to his roof. Cole arrives and the two friends watch TV together until they both fall asleep. After a while of sleeping, it is nightfall and Cole wakes up to activate the Blast Core, gaining a new power in the process.

Zeke and Cole enjoy a western

Friends together
Add a photo to this gallery 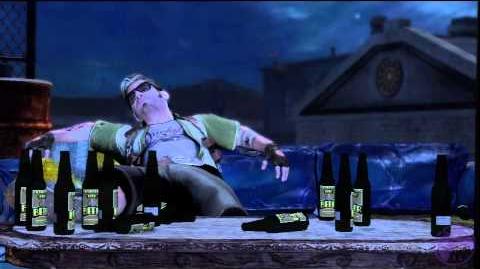 Story missions in Infamous 2
Retrieved from "https://infamous.fandom.com/wiki/Easy_Going?oldid=105751"
Community content is available under CC-BY-SA unless otherwise noted.