Empire City was a large city located somewhere in the New York area of the United States of America. The city consisted of three islands, or districts; the Neon, the Warren and the Historic District. It is the main setting of Infamous.[1][2][3]

It was after Empire City the Empire Event was named, which concerns the final major catastrophe taking place in Empire City: the arrival of the Beast.[1][2]

Prior to the Blast

Empire City was originally a highly populated city and consisted of three islands; the Neon, the Warren and the Historic district. The Neon was the commercial section of the city, with many companies and markets. The Warren was Empire City's slum and industrial part, and the largest island of the three. The Historic District was the cultural part of the city, with many parks and landmarks. The large city gained its power from several Substations, all of which were temporarily disabled during the Blast.[1]

“Back then Empire City was in quarantine, it had gone to hell.”
— Cole MacGrath on the chaos of Empire City.

Empire City would later be the victim of a devastating explosion. Following the nicknamed "Blast", Empire City was cursed with a plague. The potential danger of the plague caused the city to be put under quarantine and the initial increase in crime and disease made Empire City very dangerous, going so far the government discussed if it would be best to exterminate the entire city. Contact with the rest of the world was cut off, and as the rest of the world would be reported to about the restoration of Empire City, although the city's condition was much worse.[1]

The Blast activated several Conduits in the city, all with their own intentions. The stronger ones took control of large parts of the city, whereas the weaker were forced under control of the stronger ones. The police force had to defend the city, but only managed this thanks to the help from the newly activated Conduit Cole MacGrath.[1]

“What will they do the first time they expect me to be there for them when I'm not?”
— Cole has become a hero.

Eventually MacGrath defeated all of the gangs in Empire City, and restored peace. However, the DARPA Agent Moya Jones, who had been working with Cole before her lies were revealed, kept her promise and made the call to bomb Empire City. With several resources storming the city, eliminating the weak and sick, Empire City was once again in chaos. It wouldn't take long until Moya created a form of "super-soldiers", whom she sent to aid in the battle of the city. However, Cole MacGrath (with some help from the cops) managed to stop Moya and once again restore order in the city. After this, the citizens of Empire City began worshiping Cole as something more than a hero, and with his help managed to rebuild Empire City to its former state.[4][1]

With the arrival of the prophetized "the Beast", Empire City was entirely destroyed despite Cole's effort to stop it. Following the chaos, the word of the Demon quickly spread as the fate of Empire City came to be known. The director of the NSA, Houston, began investigating the matter, though the conclusion of this remains unknown.[2]

The demise of Empire City resulted in the collapse of the global economy, as the world struggled to respond to the sudden loss of the Empire Exchange, and the trillions of dollars in damages caused by the Beast's rampage along the Eastern Seaboard and also leads Cole to sink into a depression state.[2]

Main article: Evil Karma
“Empire City is a wasteland ... I've taken this place down, notch by notch, and it's never getting up again.”
— Evil Cole exclaims his superiority

In the timeline of Evil Cole, the city would learn to fear Cole as a tyrant. The city slowly began to fall apart, and with the aid they received from Cole, the Reapers quickly managed to overcome the police. It wouldn't take long until Cole ruled the city with a hand of steel, where the weak fended for themselves, and the strong ruled them all.[1]

In an alternate timeline, Cole never faced the Beast, but fled instead, trying to protect his family. With this, Empire City was destroyed with the rest of the world.[1]

The Neon was the marketing part of Empire City. It was were companies marketed the products and was the home of many parks. While Post-modern architecture consisted in all of Empire City, including the Neon, the architecture of the latter also consisted of many High-Tech and Art Deco buildings. The Neon also had fewer electric wires spread across the district, than compared to the other islands.[1]

The Neon was the district suffering least damage from the Blast, although the post-effects were critical, as the criminal gang known as the Reapers would soon be in control of the district.[1]

The Warren was the largest island and the industrial part of Empire City, and was also dubbed as the local slum. Despite the Warren's economic situation, it was the home of the largest prison in Empire City as well as the only hospital. The Warren was also a home to a large park, which was turned into a base of the Dust Men, after the Blast.[1]

The Historic District was the smallest island of the city, the cultural part and the home of many parks. Here the most Post-modern buildings could be found, along with a great deal of Art Deco inspired architecture. The cult group First Sons quickly established themselves as rulers of the district, but their presence didn't go public until after the Blast, which was caused by the group itself.[1] 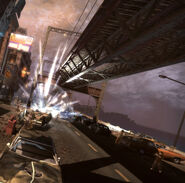 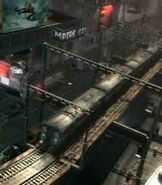 Train in the Neon. 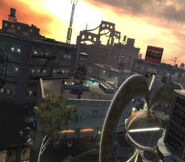 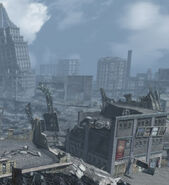 Ground Zero and Staton Building.
Add a photo to this gallery

The Sewers of Empire City. 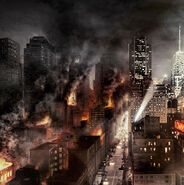 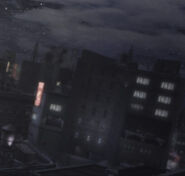 Empire City before the Blast.
Add a photo to this gallery

Map of the Neon.

Map of the Warren 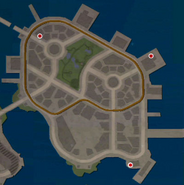 Map of the Historic District.
Add a photo to this gallery

Retrieved from "https://infamous.fandom.com/wiki/Empire_City?oldid=103019"
Community content is available under CC-BY-SA unless otherwise noted.