"Hunt for the Ray Sphere"

"End of the Road" is the 35th and penultimate story mission in Infamous.

After resting in the graveyard near Trish's burial sight, Cole makes his way to the First Sons' base of operations. John tells Cole he has a bomb full a sleeper agents, but mentions that he can't get close enough unless Cole takes out the anti-aircraft guns. After destroying all the guns, John tells Cole to get to a safe distance and drops the bomb on the base once Cole is clear.

Unfortunately, the First Sons having already loaded a truck with the Ray Sphere, escape John and Cole. The two follow them to a boat, with John theorizing that they know Cole's weaknesses to water. John orders Cole to stop them while he lands the helicopter. Cole makes his way through the harbor defeating a large amount First Son soldiers until he finally reaches the Ray Sphere.

Upon reaching the Ray Sphere, Cole may choose to either activate it or destroy it.

If Cole chooses to destroy the Ray Sphere, he performs Lightning Storm upon the Ray Sphere, and it cracks open and releases a surge of energy, sucking in and tearing John apart. Cole does not gain any benefits aside from additional Good karma, and the normal experience for finishing a major mission.

If Cole chooses to activates it, he believes it will grant him additional powers. John attempts to stop Cole, but it is too late. The Ray Sphere releases a surge of energy, but the blast is inferior to the original. Cole is awarded with additional Battery core, black and red lightning and is permanently locked at the Infamous rank. Cole also gains additional Experience points and four battery cores for activating the Ray Sphere. 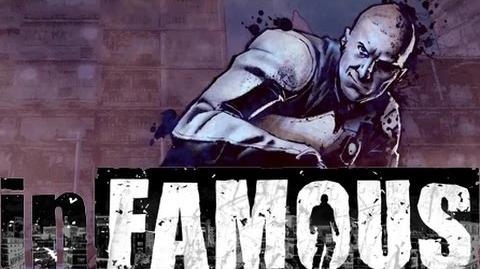 Story missions in Infamous
Retrieved from "https://infamous.fandom.com/wiki/End_of_the_Road?oldid=105824"
Community content is available under CC-BY-SA unless otherwise noted.