“It's too quiet around here. Let's go make some noise!”
— Nix

Flying Cars is an Evil side mission in Infamous 2.

The mission starts as Nix teleports in sight. She tells Cole that she thinks the neighbourhood is too quiet, and that she wants to change that. Together with Cole, she heads to a few buildings and structures she doesn't like, in the intention that Cole has to throw cars at them.

Using Kinetic Pulse, Cole has to throw cars at the targets Nix points out. The first target is the top of a tower, where she stands. If Cole hits the target, he can move on to the next, which is the building next to the tower. After the second target, Cole has to follow Nix to a statue she doesn't like, again to throw a car at it. The final target is a boat, and as Cole hits this target, the mission ends. 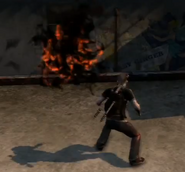 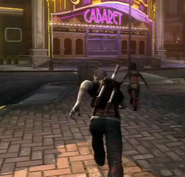 Arriving at the first target. 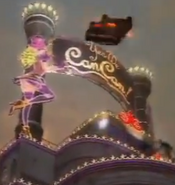 The thrown car, before it hits the second target.

Cole about to throw a car at Nix.

Cole about to throw a car at the second target.
Add a photo to this gallery 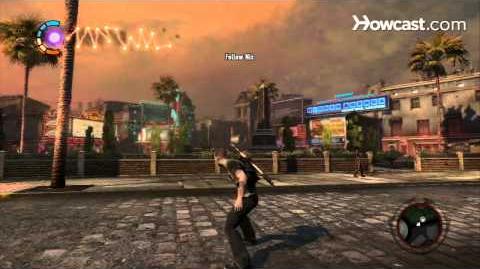 Side missions in Infamous 2
Retrieved from "https://infamous.fandom.com/wiki/Flying_Cars?oldid=109864"
Community content is available under CC-BY-SA unless otherwise noted.