Ionic Storm, not to be confused with Lightning Storm, is a Weather Control power featured in Infamous 2. It summons a lightning storm from the sky, directly in front of Cole. Cole has to stand on ground while using the power, just like any other Ionic Power.

The Ionic Storm is the single most powerful attack in Cole's arsenal, and is thus, the final power he receives. When triggered, Cole will summon a bolt of pure lightning from the sky, hitting the nearest and most dangerous enemy in Cole's sight. This attack is powerful enough to kill most boss monsters like Ravagers, Hive Lords, and Crushers in one strike. While it lacks the ability of the Lightning Storm to move forward and strike multiple targets, its power is much greater than the Lightning Storm, as it could take down the above-mentioned monsters in one strike, while 3-4 Lightning Storms were required to kill Golem Conduits and Aura Conduits (the latter, only when their Aura was active).

The Ionic Storm was powerful enough to take down Ice Titans and Devourers in two strikes. However the Ionic Storm has little effect on the strongest conduits, such as Nix or the Beast, who only seem to take minor damage from the attack. 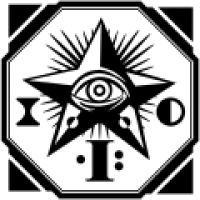