Overcharged is a series of side mission found across New Marais in Infamous 2, in which Cole recharges several sabotaged substations.[1]

“Reach the generator in that state, and you‘ll deep fry those Militia saboteurs!”
— The engineer gives Cole some advice

After receiving a call from Zeke about the Militia disabling electric generators, Cole heads to a nearby rooftop and meets with the engineer responsible for the maintenance of the substations. He explains how he has rigged the nearby substation with a massive charge, an "overcharge" and advises that if Cole sticks to the power lines he should be able to reach the sabotaged generator with no problem. Jumping onto the substation give Cole a massive charge of electricity, throwing him into the air and allowing him to hop from power line to power line across the rooftops to the damaged generator and landing on it not only recharges it, but destroys the Militia guarding it.

After Cole restores the power to Ascension Parish, Zeke informs him that the Militia were trying to "bring down the power", and how the engineer had overcharged another substation for him. Once again Cole's body absorbs the massive charge, allowing him to move quickly across the district and recharge the vandalised generator.

“Come on man, lets get you charged up. Bring that bad boy back online.”
— Zeke rallies Cole.

After chasing Bertand across to Flood Town Cole is once again faced with incapacitated generators. With two substations in the area to recharge and greater enemy numbers Cole has to watch his back as he again overcharges himself and grinds the power lines to the broken generators.[1]

As Cole's search for the final blast cores take him to the Gas Works district of the city, his enemies become more desperate to stop him as the Ice Soldiers sabotage two more substations. Once again the engineer creates massive electrical charges at a functional generator that Cole can absorb and carry to the damaged substations.

Upon completion of each mission, Cole receives 100 XP and slightly reduces enemy activity in New Marais. 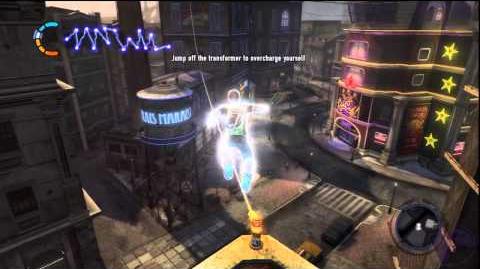 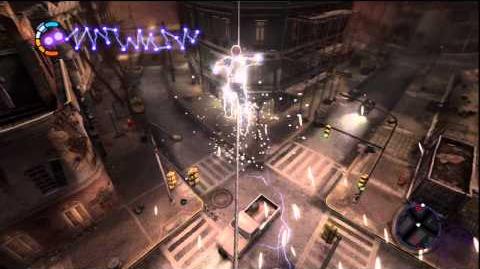 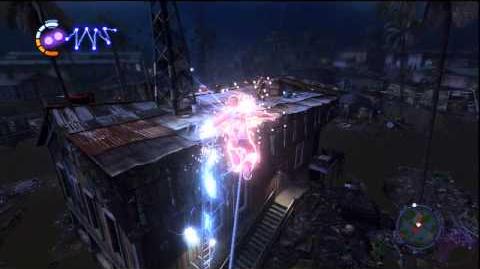 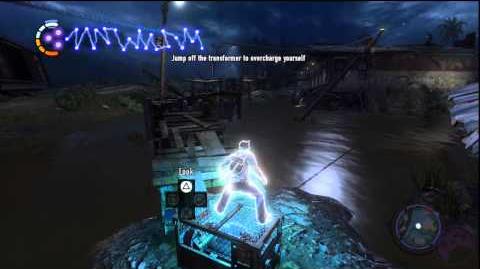 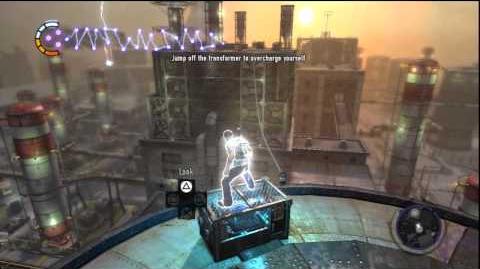 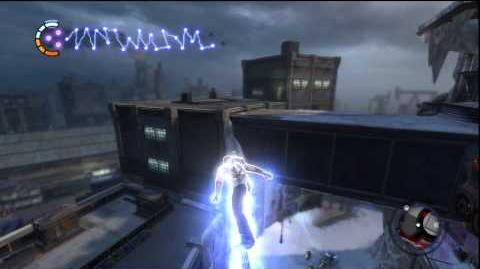 Side missions in Infamous 2
Retrieved from "https://infamous.fandom.com/wiki/Overcharge?oldid=105688"
Community content is available under CC-BY-SA unless otherwise noted.