Back to page
Edit

PlayStation All-Stars Battle Royale is a fighting/action game that contains multiple characters from several Sony-Exclussive games as well as other third-party games. The most noteable character in the game is the inclussion of Cole Macgrath, the protagonist of the InFamous series and also it's mascot.

Earning enough power allows players to use one of three levels of super moves which can be used to defeat opponents and earn points. Arenas are also inspired by various PlayStation titles, with some areas mashing up two titles into one (for example, a location from InFamous called Alden's Tower recieves a visit from Carmelita Fox, a character from the Sly Cooper franchise).

Cole, like in the actual InFamous games, still has many powerful abillities; several of these are powers that have appeared in both inFamous games: 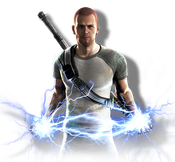 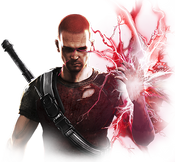 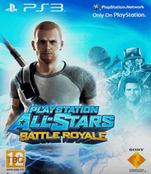 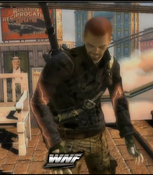