"Rat’s Nest" is a series of good side missions found in the Warren and Historic districts in Infamous, in which Cole clears out two enemy warehouses.

Warden Harms contacts Cole, telling him that some police officers have been watching a building they suspect the Dust Men are using as a weapons warehouse. Cole makes his way to the building, and after clearing the surrounding roofs, shuts down the air conditioning unit. The Dust Men in the building quickly evacuate, only to find a group of the Empire City Police Department waiting for them. Cole (with the officers' assistance) takes down the Dust Men, clearing the area of their influence.

Once Cole has made his way to the Historic District, Warden Harms calls for his assistance once more. His men have found a First Sons warehouse. Cole climbs to the roof and disables the air conditioner. As soon as the AC unit is destroyed, the street below is filled with First Sons abandoning the building. Cole and the police swiftly move against the First Sons soldiers, and despite the numbers and more advanced technology of the First Sons, Cole and the ECPD are able to defeat them before they have the chance to affect or harm the citizens of the Historic District.

Cole and the Empire City Police

Fighting in the street.

Taking on the First Sons
Add a photo to this gallery 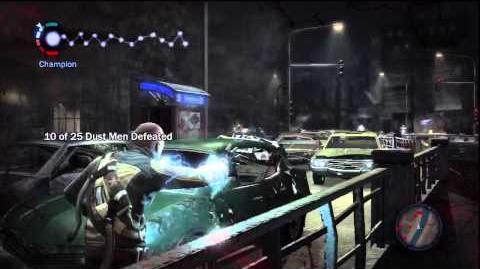 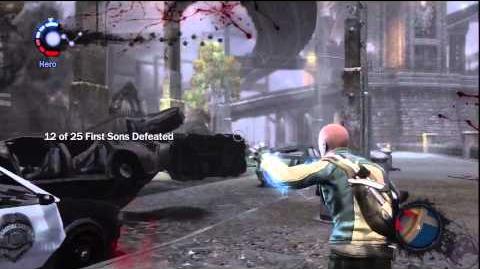 Side missions in Infamous
Retrieved from "https://infamous.fandom.com/wiki/Rat%27s_Nest?oldid=110765"
Community content is available under CC-BY-SA unless otherwise noted.