Seattle is the city in which  Infamous: Second Son and Infamous: First Light take place, based on the real city.

Taking place seven years after the events of Infamous and Infamous 2, the Department of Unified Protection locks down the city of Seattle to make sure the events of Empire City and New Marais never happen again.[1]

The game's main protagonist, Delsin Rowe, grew up just outside Seattle, in a Akomish Reserve across the 520 bridge in Washington, and after he gained his powers saving a "Bioterrorist" named Hank Daughtry from a burning bus, Delsin had to enter the city to get Concrete powers to save his tribe.[2]

The game takes place in Seattle, and Delsin acquires Neon, Video and Concrete powers within the city limits.

Pioneer Square
Add a photo to this gallery

Rainier
Add a photo to this gallery

Seattle, as seen in the trailer. 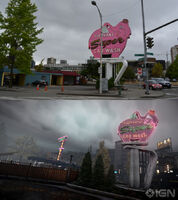 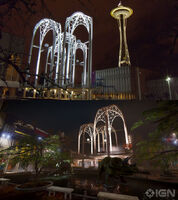 Real-Life Comparison to the Science Center 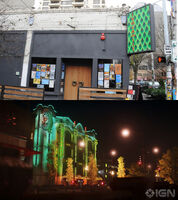 Real-Life Comparison to the Crocidile

Another View of Seattle 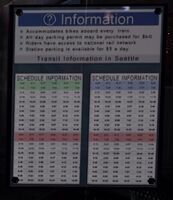 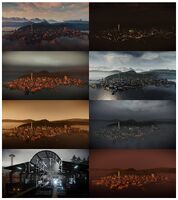 Skyview of Seattle
Add a photo to this gallery