Spy Drones is a story mission in Infamous.

Moya calls Cole MacGrath informing him that the First Sons are using UAVs to track the location of the Ray Sphere. Moya tells you that one crashed on the docks on the south- western side of the Warren. After collecting the data, she tells you to track down the remaining UAVs, shoot them down and collect the data contained within. However, they are programed to self-destruct in the case of a crash, so Cole needs to hurry up.

Each of the four UAVs will be marked on the map, head to each location and shoot them down. They should take about four to five Precision shots. Once they have crashed, Cole quickly makes his way to the devices (as the have a self destruct system) and retrieve the encrypted data. If one lands into the water, Cole calls Moya and informs her that he can't reach it. She tells him to look for another one (which will appear suddenly) and advises him to avoid the water in the future.

As Cole's phone cannot support the bandwidth, Moya tells him to get to the Coleridge College building which has a satellite dish attached to the top. A mob of Dust Men have occupied the building and the surrounding roof tops, Cole has to deal with them before reaching the satellite dish, and uploading the data for Moya.

Shooting down a UAV

Cole reaches a downed UAV
Add a photo to this gallery 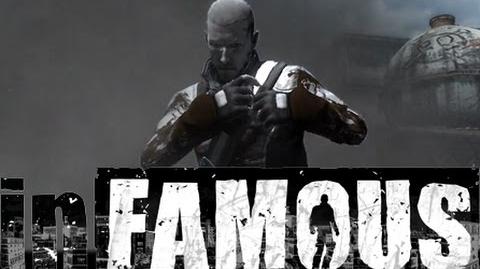 Story missions in Infamous
Retrieved from "https://infamous.fandom.com/wiki/Spy_Drones?oldid=105633"
Community content is available under CC-BY-SA unless otherwise noted.