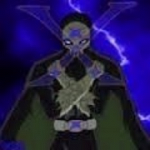 I'M BACK AFTER YEARS OF ABSENSE TO REVIEW MY CRINGEY ASS PROFILE. LETS-A GO

I am not to be confused with Redexx, who is a completely different (and better) user and can be found here: http://infamous.wikia.com/wiki/User:Re dexx

I come from the planet asdfghjkl. I grew up a cute, little bug :3

I've been doing edits on this wiki for a long, long while, ever since mid-2011, even before I made this account. The reason why I did so was for better communication and, of course, to be a part of this amazing wiki and a part of the amazing crew here (I don't want to start this big list of people, so let me just Put it this way: there are many).

EDIT: Very cringey way of mentioning Putowtin. Also this was back when the :3 face was actually cute and not cringe. I guess some things never change tho since im now addicted to the cute monkey emoji 🙊🙈

Where can I be foundEdit

In the sewers. Don't ask why.

There's a big chance you've heard of Reddex (big is an understatement), so before you ask: no, I am not Reddex. While it is true I stole his girlfriend, I am not him.

EDIT: HAHAHA. F*ckin roasted him. Good one, little me.

EDIT: why does this section even exists? I guess it's because Red had one but still, haven't I already copied him enough? (EDIT: OH MY GOD I JUST CHECKED AND APPARENTLY I JUST ACCIDENTALLY COPIED HIM AGAIN. HE ALSO WENT BACK TO HIS PROFILE TO SEE WHAT HIS YOUNGER CRINGE SELF WROTE)

I just recently got Second Son, while before I only got to play it for about an hour and watch it. I must say, It's every thing I expected and a bit more. The story wasn't the best but felt the most real or down-to-earth. The characters felt real and had a motive behind their every action, but we didn't get to see enough of them. Delsin's humor is quite refreshing, and the graffiti art is pretty creative (like turning an ATM to a slots machine). The powers are awesome and Smoke is definitely my favorite.

EDIT: Neon is my favourite. Neon. I f*cking have dreams about how badass Neon would be in real life.

The story was way too short and should've had a few fillers (yes, this is the ONLY time where I think fillers would've been good). A few more missions with Eugene and Fetch, or just seeing different characters and citizens of Seattle, would've been good.

EDIT: The story was garbage admittedly. Need to give this game a plot remaster because the powers are where the game shines.

In a way, the first InFamous had the most number of missions at 40, then InFamous 2 went down to 30, and it wasn't even 30 because in the first InFamous gaining the power and testing it was in one mission while in InFamous 2, it was separated into two. In a way, Second Son now puts all power upgrades into one mission, so technically it's not completely short. Just that they could've separated them a little to make the game feel longer (I can't believe I'm actually saying this game should've had mistakes to make it better).

EDIT: No Blue, you were right before. More missions with Fetch and Eugene. Sucker Punch rushed their ass with this game. Definitely too short.

I've made some UGC missions back in the day. Some got a very good feedback so I made more, although I've stopped a long time ago.

ALSO I COULD HAVE SWORN I WAS ON THE STAFF PAGE. THIS IS SO SAD. ADD ME THERE PLS IT'S NOT LIKE THE REST OF THE MODS ARE ACTIVE EITHER

Retrieved from "https://infamous.fandom.com/wiki/User:Blueexx?oldid=98929"
Community content is available under CC-BY-SA unless otherwise noted.