The gift of these powers will be my burden until the day I die...
This user is an administrator of the Infamous Wiki. Their purpose is to ensure that the wiki stays in perfect shape, and deal with any deviants who bear ill fate to it.
Should you have any questions, feel free to ask this user on their message wall for assistance.

I am a guy, born sometime in the decade of the 1990s and have been gaming since 1999, the name "Electric Tuna" comes from my love of inFamous and tunas... I am obsessed with the inFamous franchise and possibly almost every other Playstation series on the entire PS3 console, from Uncharted to Resistance I love nearly all of them. I am also single and have been for a long long time and I'm constantly bored, I can't seem to find anything to do with my time right now but sitting around and gloating in the fact that I have OFFICIALLY, YES, OFFICIALLY, CAUGHT. THEM. ALL. I am awesome. I also enjoy Doctor Who, I don't really mind that there's a 50 year old Scotsman playing him.

Somewhere, beyond this known realm is a place where I can afford a PS4 so I don't have to avoid wiki spoilers.

My thoughts on InFamous:

Fantastic series, I started the game back in December of 2010 and found out that it was the coolest thing ever. InFamous 2 was also great but I found it lacking in the plot department and the Karma sequences were not nearly as interesting as inFamous 1's.  And to conclude this thrilling article that I'm sure no one truly cares about, I shall now mention AGAIN that I have not played InFamous: Second Son.  So help me, I will seriously find and destroy you if you so much as utter something like that douchebag who ruined Bioshock InFinite for me.

InFamous 2: Festival of Blood does not interest me due to:

Other then that, I still love InFamous and I can't wait to see what Sucker Punch has for us next. BRING IT ON, SONY!!!!

Originally I used to have a list of games I will/want to get.  Now I'm just gonna be generic and post my top ten- because you all clearly want to know.

And now for the moment you've all been waiting for (not), the spectacular reveal of my all time favorite game iiiiissssss:

An adventure of epic proportions 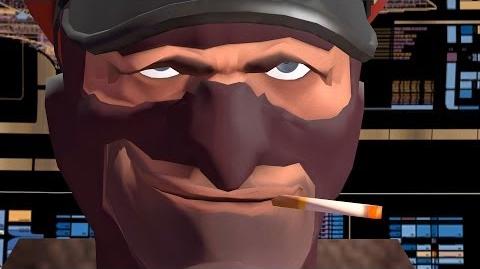 Retrieved from "https://infamous.fandom.com/wiki/User:Electric_Tuna?oldid=103820"
Community content is available under CC-BY-SA unless otherwise noted.