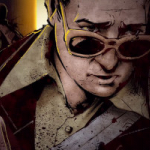 “I'm a gamer, nothing will ever change that”
— Myself.

Some of the things I do in my spare time include Gaming, Listening to music, Going on computers, Playing the piano

You wanna know about me? Well... Alright.

I currently live in England and have lived here all my life.
I have never traveled out of the UK. Holidays I go on are in Wales.
Favorite Instrument(s): Piano/Drums
Favorite Drink: Pepsi/Coca Cola
Favorite Colour: Red/Black
I hate flying insects and kill them if they are anywhere near me
I'm half Italian and have an Italian name aswell.

(This is not a complete list of games I own)

My favourite gaming series of all time is Grand Theft Auto as I have played almost every game from that series and have enjoyed each one in one way or another. I like GTA III more than other GTA's and people always ask me why its not San Andreas or something. They fail to realise that GTA III was where the series started becoming successful! With that said, GTA V looks promising

One thing I rarely do in my spare time is watch TV and I don't know why. Other than the brilliant Spongebob Squarepants here is some of the stuff I like to watch

I have not been here long but I am starting to like this place! I first ventured here in August 2011 looking for information about inFAMOUS and signed up to edit a few pages. I then left for no reason in particular. During my absence I started become more and more active on GTAForums (A site I signed up to in 2010) and since logged on to the forums almost every day and try to get involved with what I can. I came back here in May 2013 as I seem to have remembered about it.

These never go well with me but... Oh well.

Retrieved from "https://infamous.fandom.com/wiki/User:GTAKid667?oldid=58791"
Community content is available under CC-BY-SA unless otherwise noted.