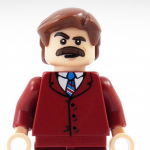 The gift of these powers will be my burden until the day I die...
This user is an administrator of the Infamous Wiki. Their purpose is to ensure that the wiki stays in perfect shape, and deal with any deviants who bear ill fate to it.
Should you have any questions, feel free to ask this user on their message wall for assistance.

(I need to settle on one nickname and stick with it!)

I have been editing wiki’s for some time, starting out at Wookiepedia before moving on to Assassin's Creed Wiki, where I had great fun working with some of the greatest wiki organizers out there. I then started working here, on the inFamous wiki, finding a great staff and articles I truly love working on, and I had the honor of being the wiki's Bureaucrat. I've now retired from the position of Evil Maniacal Overlo ... I mean Bureaucrat, but I’ll be watching you ... from a comfy chair with a glass of wine!

I’m known as Putowtin on most websites, and spend most of my time on The Escapist (when I’m not here!)

So far (I'm ashamed to admit) I haven't had much time to keep up with InFamous: Second Son and I won't be buying a PS4 for sometime, but I'm sure I'll catch up with Delsin at some point!

Other than inFamous, I’m a big fan of the Assassin’s Creed, Mass Effect and Saint's Row series, knowing too much about all three (I even have tattoo’s for all three!)

Retrieved from "https://infamous.fandom.com/wiki/User:Putowtin?oldid=66353"
Community content is available under CC-BY-SA unless otherwise noted.