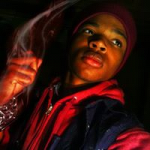 "You make a way into my life and you’re in danger, no matter what...."

- TJ to Melissa in My Worst Enemy: Dark Times (One of my stories)

Hello, Hi, Hey, Yo, Bonjour and Hola I'm TJR (or TJ). I'm a really huge fan of the inFAMOUS series and almost obsess over it. I've played and completed inFamous (many times) and played and beat inFamous: Festival of Blood and inFamous 2 multiple times.

I've started parkour back in 2010 because of inFAMOUS and I'm pretty good at being a Traceur.

I'm also in love with the soundtrack in the inFamous series and my favorite tracks are:
Fade Away

Plight and any variation of it (Abduction, Boat Hopping etc.

The Freaks Are Everywhere

And I Thought I Was A Pyro

Half as Long, Twice as Bright (Plays when you kill Zeke in the evil ending)

I'm 17 years young, a senior in high school (these days you really can't tell). I'm a rapper (you should check out my music), song-writer, photographer, actor and voice actor, author, traceur and a gamer.

I've been rapping since the 4th grade and wasn't much experienced with rap. Before I turned to rapping I was a singer and then did both up until late 7th grade (voice started dropping). As I started focussing more on rap and how others approached I started to develop my own style. I'm diverse in what I do. I usually do regular raps, video game raps, parodies and instrumentals.


Check out my website for more information on my music.

I draw almost all the time. I usually draw people because I'm not good drawing animals and cars and such. My drawing style is Anime and I love the genre. I've watched many animes including Angel Beats, Clannad Series, Please Teacher! and much more. I usually draw my O.C.'s a lot and sometimes I draw other characters like other O.C.s or characters from animes or games. I draw Cole MacGrath sometimes too and only drew The Beast once.

I'm currently taking art classes at my school to draw more realistic pictures and I use somethings I've learned and incorporate that in my drawings.

I've got a passion for acting but only act on an occasion. I've starred in a short play back in 8th grade titled "Hide and Seek" and I did pretty decent in front of that big crowd. I also write scripts for skits on my youtube channel and act in those as well.

When it comes to Voice Acting I fandub sometimes. I started off fandubbing only Final Fantasy scenes but I've expanded to other video games, inFAMOUS included. I'm also giving anime's a go but haven't started on that yet. I'm still working on getting my voice to sound as close as possible as the character I'm dubbing.

EDIT 9/22/14: I've expanded my voice acting and I now have a profile over at Behind The Voice Actors and I'm casted in 3 different projects with my own comin' out soon.

As an author I've been making short stories for awhile. Last year is when they actually started getting good. You should check them out, I'm sure you'd enjoy them.

I currently have 5 story series right now set in this universe, (4 of them on hiatus). Here's a list of them and a brief summary of what it's about:


My Worst Enemy (Years 2011-2013): In a modern day world, a young teenager named TJ lives his life to the fullest until he has a nightmare that changes his life forever. Immediately he starts to hear voices in his head, trying to influence him into doing wrong things and when he refuses he looses control of his body. When he feels he's rid of his evil form new problems start to surface. Two girls appear and claim to be in love with TJ. One's a succubus and the other's a vampire. When he conquers that problem his evil form returns to exact his revenge. He returns with a plan to hurt the ones closest to TJ and takes over TJ's body completely to execute this task. TJ, in a fit of rage, rids himself of his evil form, forcing it into it's own body. His friends and family distance from him in fear for their lives and TJ leaves the city, but is determined to finally take down his evil form... but this can't happen without cost....

Story is being revamped because the original was based on my life during 2011-2013 and my life has changed drastically since then. And I really don't want to think of that period of my life. Hell I don't wanna think of the last few months.. :/

Dreams of Fantasy (Years 2011-2013): On a island hidden from civilization a young man named Ly lives the life of your average teenager. But when he gets the call he becomes a deadly assassin, a Child of Destruction to be exact. One day after school he gets a call from his assumed father telling him he has another job ready to be executed. He tasked with assassinating a young girl who's lineage is very unique and special. Once Ly sees the girl in his crosshairs he can't go through with assassinating the girl because he knows the girl. She's the girl from his school whom he has fallen in love with. Refusing to complete his task he's branded as a traitor and has a mark on his head. While eluding the Warriors of Armageddon and C.O.D he learns of his true past and what it's like to be a assassin turned hero.

TAKATA!! (Years 2009-2011, 2014-2015): A child, born in Kyushu, Japan grows up to be a fearless and strong young man. Takata's childhood was tough, he had the children and adults of this city call him an "imperfection", an "abomination", or a "demon" all because he had a defect during his birth. This defect caused his eyes to turn gold, his ears to form at the top of his head in the form of tiger ears and grow fangs. One day when he was 10 things get out of hand at his school and he's bullied to the point he's crying in the bathroom. He's caught there by an adult who lies to the principal and says that Takata was doing something wrong in the bathroom. This lie got Takata expelled and caused him to black out and murder everyone at the school. Fearing that the cops would kill him for what he did he fleas to Tokyo and tries to disguise himself the best he can for the rest of his life.

The After Stories (Years 2015-): Takes place after all other series are complete. (Anime/Comic Series in Progress, Casted)

I currently have a inFamous Fanon in progress over at the inFamous Fanon Wiki and would appreciate it if you guys checked it out. The idea is to branch Cole and Delsin's stories together through TJ's story.

The main events of I'm inFamous take place the years 2014-2018, 3-7 years after the events of inFamous 2. This world is recovering from the Beast and loss of multiple lives. Civilization is in recovery, with the crime rate being high, people homeless and those suffering depression due to loss or other circumstances. TJ wasn't spared as he found out he was now a Conduit in a society that detests them and it didn't take long for an organization to take action. The Department of Unified Protection is a Anti-Conduit organization that dubs them as Bio-Terrorists and their goal is to prevent the events of Empire City and New Marais from ever happening again. I'm inFamous takes place in 3 different locations; Omaha, Curdun Cay and Seattle.

"The events of New Marais had left the world in a state of disarray. What was thought to cure the Plague and wipe the world free of Conduits instead created more. The world changed for the worst. Civilians were scared of the thought of super humans walking among them, people were afraid of being a Conduit, the Military talking action against the mutated humans. The biggest change however was the creation of the Department of Unified Protection. The D.U.P was tasked with capturing Conduits now dubbed as ‘Bio-Terrorists’. It’s been 3 years when our hero had their run with them."

Retrieved from "https://infamous.fandom.com/wiki/User:TJR247?oldid=81000"
Community content is available under CC-BY-SA unless otherwise noted.