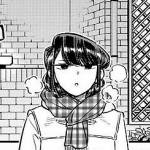 2: The paranoid leader: kill a riot shield militia on top of fort Philippe guarded by snipers, launchers, and minigunners, it also includes a hidden electric orb!

3: Ice cold killer: kill all Vermaak 88 on the frost tower.

4: The meeting: wait for a meeting between a upper class and militia, do not get spotted, then track the target to arc restrain him and his upper class friends, they are hostlile towards you.

5: Cold plans (PT1): Chase a ice soldier shotgunner and arc restrain him, if he gets long enough he he gets close to Bertrand Square and joins some other ice soldiers and begins to fight you.

7: Explosive meeting: Cole must follow zeke to a meeting with Kuo and Laroche while fighting militia on the way there.

8: Pushing to the tower: Cole must fight together with some rebels to reach the clock tower before the time runs out, kill militia to get more time.

9: How to cross the water: i made this mission before i found a sucker-punch created way of reaching the swamp blockade. cross a long bridge i put in to the blockade and then climb a rooftop there to win, then have fun over there.

10: Changes: Free roam at the blockade, defeat all militia to win.

Retrieved from "https://infamous.fandom.com/wiki/User:Thp4?oldid=98644"
Community content is available under CC-BY-SA unless otherwise noted.