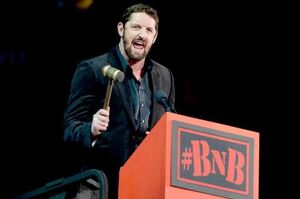 According to reports, Sucker Punch is very concerned that hardcore and new fans alike are not happy with the latest installment to the InFAMOUS series, Second Son. While critics praised the game for it's stunning graphics, smooth gameplay, decent plot, good characters and Hollywood-level voice acting, the "first console exclusive to do this since The Last of Us." It's come to Sucker Punch's attention that many fans are very disappointed to the lack of "innovation" from the previous main series installment, InFamous 2. Among the complaints are, the game is just too similar to the former games with "A city under lockdown, a "rebel" protagonist, a dictatorial leader, a good karma sidekick and a female evil karma pointer."(pointer meaning, someone or something trying to "woo" one to their side.) being the highest on the complaint list.

Another major complaint is that the game feels "too rushed" as if Sucker Punch tossed it out the door to try and make the game a system seller to compete with the XBOX One's Titanfall. Another theory among critics and fans alike is that Sucker Punch "deliberately" released Second Son too early so that Delsin would become a guaranteed mascot for the PlayStation 4 system. While it is unlikely it does seem that way, as the previous protagonist Cole MacGrath was almost not considered an official mascot for the PlayStation 3 system until his appearance in PlayStation All Stars.

The final "major" complaint from few critics and many fans is how the Evil Karma/Non-Canon route felt uneven, broken, plot hole ridden and character breaking compared to the Good Karma/canon route. At the beginning of the game, Delsin goes to Seattle to save his tribe from Augistine's Concrete attacks, however as the game progresses in the Evil Karma route, Delsin almost completely ignores or forgets about his cause and only seems to remember it after his brother's death, and even in the end he kills off his tribe when Betty shows her disgust toward him. The entire game, Delsin is shown as a light hearted rebellious young man, but in the Evil Karma path, he's just shown off as an anarchist punk who will step on people to get what he wants, and was not believable as a villain, compared to Evil Cole from InFamous 1.

While this does not mean in any way we will not see yet another sequel to the series, it does mean Nate Fox and the rest of the development team will have to come up with some different ideas to make it in the next generation.

Retrieved from "https://infamous.fandom.com/wiki/User_blog:Jim_Logan/Bad_news_for_Second_Son%3F?oldid=101439"
Community content is available under CC-BY-SA unless otherwise noted.